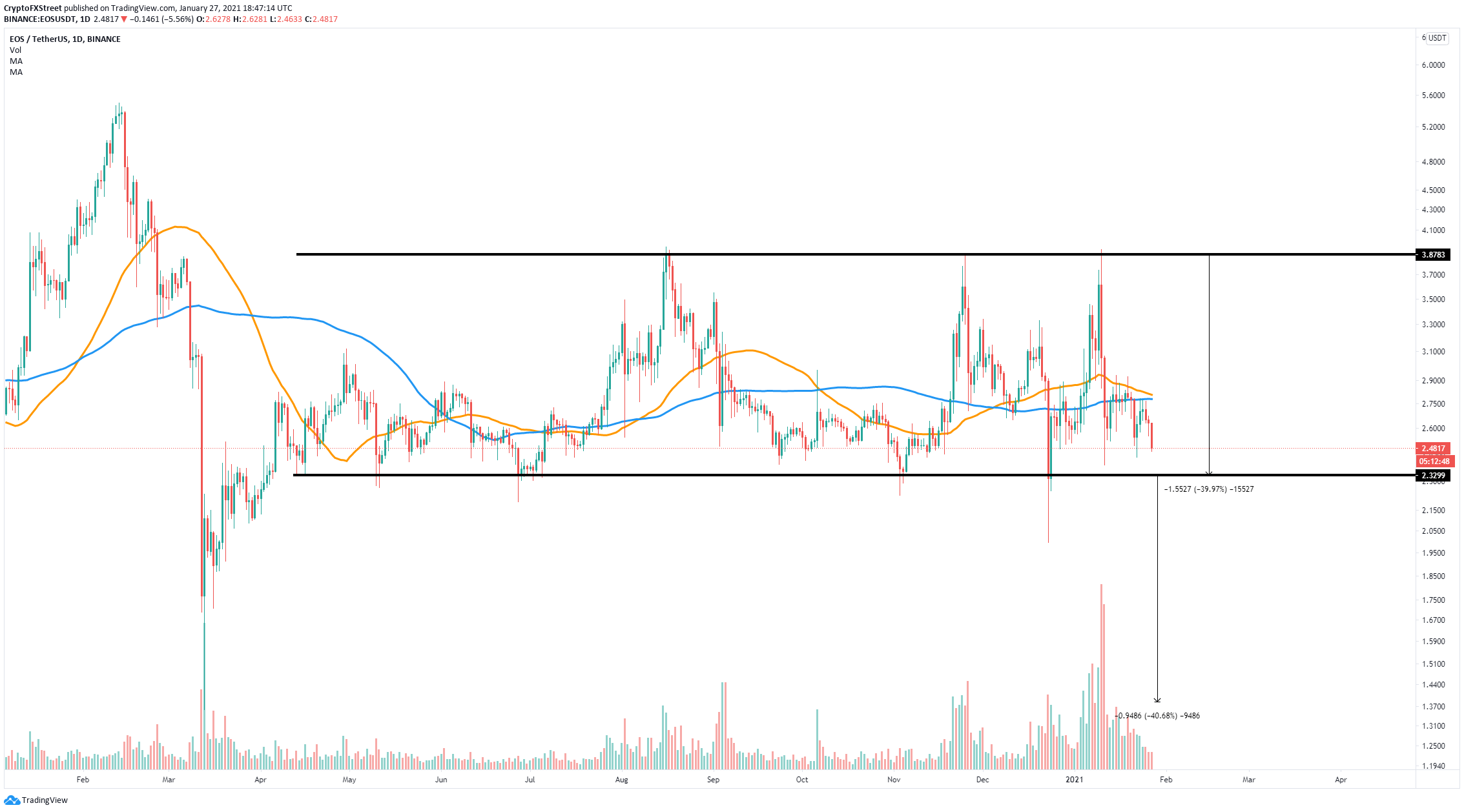 EOS ICO was huge for sure, raised $ 4.1 billion and featured in major publications such as CNBC. Block.one financed EOS without a live product, but was still able to achieve great success. However, after peaking at $ 19 per token in May 2018, the digital asset simply collapsed and was never able to recover.

Most investors believe that Block.one’s leadership was one of the problems. Just recently, on December 17th, 2020, Block.one announced that the focus is on developing products that will not only use Bitcoin as a store of value, which has not been too well received by investors.

EOS has been trading between $ 4 and $ 2 for practically a year. The USD 2.3 support level is the most important long term. This level has been defended several times in the past in April, May, June, November and December 2020.

A breakdown below this crucial level of support can quickly bring the EOS price down to $ 1 in the long run as there is very little support on the way down. Additionally, Block.one’s CTO, Dan Larimer, recently stepped down, which is putting more pressure on the cops.

However, EOS bulls could defend the $ 2.3 support level and move the digital asset towards the 50-SMA and 100-SMA on the daily chart, both of which coincide at $ 2.8.

Get the 5 Most Predictable Currency Pairs