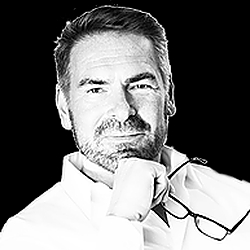 Twelve years after the Bitcoin whitepaper was published, there is general confusion among creators who want to use the invention introduced by their mysterious publisher. For this reason, investors cannot be held responsible for general skepticism towards solutions that are identified with the term “blockchain”. To understand the paradigm shift these networks are introducing, scientific principles require that its relevance to any commercial activity be determined using the first principles.

Before the advent of electronic computing, physical bearer instruments such as cash or checks dominated corporate businesses. In addition, data was recorded on paper and stored in folders and filing cabinets – usually kept by the owner at his place of business. Shortly after database technologies were invented in the early 1960s, commercial activity and financial data were recorded in digital form.

Aside from the convenience of this software, the data was still isolated and only authorized personnel could access it. Databases also introduced a new range of error types, such as: B. Data duplication, human input errors, and hardware malfunctions. The thread vector for the information stored in databases increased dramatically with exposure to networks, which ultimately included the Internet as a whole.

Blockchain-based solutions enable recording functions that are similar to those of physical paper. however, like the internet, public blockchains can be used by anyone and are without permissionand entries cannot be edited unnoticed. And like transactions with physical bearer instruments such as banknotes, blockchain transactions are irreversible by the party initiating a transfer and are considered immutable.

While blockchain-based solutions affect many areas of business, they likely will be the greatest impact on businesses and governments maintain isolated data through older technology and layers of middlemen controlling access to assets and information.

With many early blockchain-based innovations focused on the evolution of money, investors need to understand the state of money as a product, its functions, and its use cases. Finance professionals and technologists often use a textbook definition of money by default, listing its functions as a medium of exchange, a unit of account, and a store of value. However, when the author published these money requirements in 1875, he could not have known about the digital technologies of the 21st century (more here). If William Jevons were still alive today, he would find that the vast majority of current money is only available as database records. As such, the standard exchange medium has become bytes.

In contrast to the commodity money of Jevons’ days, digital money can, in principle, move at the speed of light. However, banks and financial services providers today are using database technology and legacy networks to simplify the two use cases of money: spending and credit.

The expenses are mostly demand accounts, which are commonly referred to as checking accounts. When Bob wants to send Alice $ 100 from his checking account, he can instruct his bank to transfer the money to her account. His bank will update his ledger and through correspondence with Alice’s bank, the amount will be credited to her ledger. Depending on the time and day the wire was initiated, the process may take hours or in some cases days. Blockchain-based solutions can do this in seconds without fees or intermediaries.

Based on our research, Currently, more than 100 digital wallets support the use of cryptocurrencies. Many of these projects also allow fiat money to be used. However, fees for buying and selling digital assets make using these tools for payment costs prohibitive and largely impractical.

In addition, in our experience, most startups in the field of digital wallets strive to comply with regulations that were aimed at financial service providers of the past. Aside from the cost of licenses, which are borne by these companies, procedures such as questionnaires to get to know your customers create friction in getting new users on board, which increases the cost of user acquisition. And while a small number of merchants are willing to accept cryptocurrencies for paying for goods and services, investors shouldn’t expect the widespread adoption of new units of account.

This assessment is aided by the use of all digital wallets available today: the common feature of these solutions is a user interface that converts the value of cryptocurrencies into a fiat currency. Users in the US will see the value of Bitcoin in US dollars, while users in Europe will see its value in euros, and Japanese users will see the conversion of digital assets to their value in yen. This observation points to an important difference. While the use cases of money are credit and expenditure, its function is that of the “unit of account” or, to put it simply, the language of value. Hence, the widespread adoption of digital wallets for payment purposes is likely depending on the issue of a compatible legal tender from central banks.

In developed countries, the use case of lending usually significantly exceeds that of payments. Lending functions are now performed through different types of deposit accounts. Switching costs – in the form of bank fees – do not allow instant and / or incremental exchanges between account types and their various custodians.

This has restricted most lending options to licensed institutions like banks. Decentralized financial solutions – referred to as “DeFi” – do not, however, require the involvement of an intermediary, for example a financial service provider. The general open source nature of DeFi systems and voluntary participation have sparked an explosion of experiments creating new blockchain-based lending systems every week. Since early 2020, direct investment in DeFi systems has grown from less than $ 700 million to over $ 27.68 billion, according to DeFi Pulse.

While decentralized financial technologies are still limited to digital native assets and the early adopters of these systems, compatible, government-issued blockchain-based currencies, could open the space to a general audience or even to mass adoption. The United States, Europe and China are officially considering adopting a blockchain-based currency. With dozens of countries researching or planning their own central bank digital currencies, the issue is no longer whether fiat currencies will use blockchains, but when.

Create your free account to unlock your custom reading experience.

The story goes that Riot Blockchain Inventory might bounce again

First minerals from the Democratic Republic of the Congo exported utilizing...