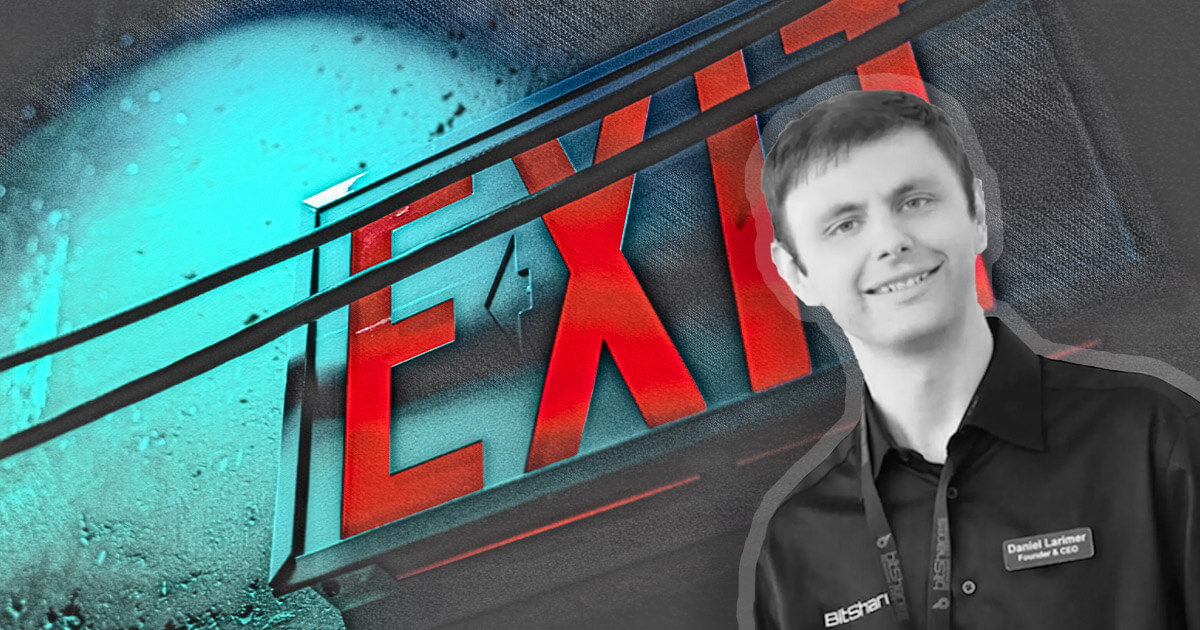 The EOS founder left the company after working on the high-speed blockchain project for three years. However, critics are not impressed.

Daniel Larimer, CTO at EOS Code Maintainer and operator Block.one, finally left the project on Sunday, according to a contribution from the company.

Larimer founded Block.one in 2017 with Blumer. Its tokens became one of the biggest success stories of the year. They found their way to the top 20 crypto projects by market cap and were worth tens of billions of dollars at their peak.

The company is a software manufacturer specializing in high-performance blockchain technologies. The first project, EOSIO, is an open source blockchain protocol that enables secure data transmission and powerful decentralized applications.

“Block.one announced today that Daniel Larimer, CTO at Block.one, has left to pursue new personal projects,” the company said in the Post. Co-founder Brandan Blumer said: “I founded Block.one with Dan in 2017 and since then we have seen both the industry and the company grow to unprecedented heights.”

“I’m not alone when it comes to being grateful for the contributions Dan has made so far and I look forward to seeing what he’ll do next.”

When the news of the departure was announced, the EOS community’s responses on Reddit and Twitter were mixed. Such a contribution Read: “Dan is leaving EOS, just like anyone we thought was hated on EOS said they would. Pretty gross to see. “

“Dan puts an end to millions from his 3rd flop / cheat. How often [are] People who buy this guy’s shitcoins? ” Read another.

Prior to Block.one, Larimer founded BitShares with Cardano founder Charles Hoskinson in 2013, before leaving the company and setting up Steemit (another ICO) in 2017. He has been criticized by the crypto community for the exits – especially the financial benefits and the quick exits that are the subject of disputes.

However, the Cayman Islands-based company came under fire in early 2018 after it was found to have earned over $ 4 billion from the illegal, unlicensed sale of its ERC20-based EOS tokens. U.S. regulators even went about business before reaching an agreement in 2019 for a fine of $ 24 million.

In the meantime, Block.one is doing fine. Blumer said in a post on Sunday, “B1 is building products designed to use our #Bitcoin as more than just a store of value, and we have amassed well beyond our previously announced position of 140,000 #BTC.”

B1 builds products designed to not only use our #Bitcoin as a store of value, and we have amassed well beyond our previously announced position of 140,000 #BTC. We are in internal test and alpha phases. #EOS #EOSIO

Block.one said it continues to focus on further developing its current and future products and looks forward to sharing its planned developments with the world in 2021.