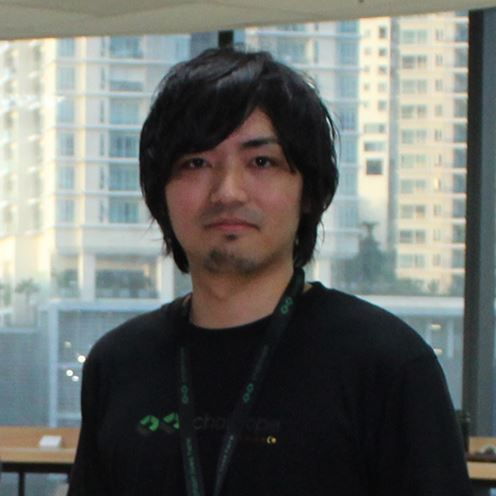 Junya Yoshizaki, Chaintope’s chief marketing officer, said Malaysia is an ideal location for the company’s global presence because of its high level of English, stable environment and cost competitiveness.

“I believe blockchain technology will dramatically change the world and people’s lives during this COVID-19 pandemic.

“We want to be part of this ecosystem and on Malaysia’s transformation journey and in the region.

“This is in line with the government’s strong drive for a greener and more innovative economy,” he told Bernama.

Yoshizaki was one of the panellists at the online investment forum entitled “Malaysia in Its Present State” organized by the Japan Foreign Trade Organization (Jetro) in cooperation with the Ministry of International Trade and Industry (MITI) and the Malaysian Investment Development Authority (Malaysia) . MIDA), April 6th.

He said Chaintope Malaysia is supporting projects in Japan and Malaysia, including digitizing administrative documents in Iizuka, Fukuoka Prefecture, and traceability in the Japanese fishing industry to identify the source of marine resources and prevent illegal fishing.

Chaintope, which founded its subsidiary in Kuala Lumpur in 2017, is one of the first to start research and development in the public blockchain, and it introduced the technology to Japanese companies early on.

The technology company has raised a total of 300 million yen (100 yen = RM3.78) in funding from several venture capitalists, including ANRI, a highly respected seed / early venture capital organization in Japan.

“Our team in Malaysia is also helping projects in Japan with the change in our business model recently. We used to work with individual retail and energy companies in Malaysia, now we focus more on information technology companies that provide blockchain applications to various companies Company, ”he said.

Yoshizaki added that Chaintope is bringing its in-house blockchain technology – Tapyrus – to Malaysia.

“We are currently using this technology to issue electronic certificates and record the use of renewable energy from waste to power public facilities in Saga, Japan,” he said.

According to Yoshizaki, blockchain, which is also the technology that provides the background infrastructure for cryptocurrencies, is expected to expand to several areas in the coming years, including supply chain traceability.

“However, the adoption of blockchain has not yet had a major impact due to issues of scalability, accountability, and cost.

“Hence, Chaintopes Tapyrus was designed to address the complicated part of the blockchain and meet the needs of various industries,” he said.

Yoshizaki envisaged that the future of blockchain projects would improve the reliability of certificates for carbon trading, environmental, social and corporate governance investments, which is in line with the Japanese government’s goal of being a carbon-free society by 2050.

“We would like to play the key role in Malaysia for the latest blockchain technology and connectivity with global investors through our participation in Jetro’s Techstars Accelerator program.

“The Techstars Accelerator Program enables connections with investors in Silicon Valley and participation in the global ecosystem of the startup community,” he said.

He stressed that government support is paramount to the financial and global engagement of startups so that they can thrive, especially during this time of the pandemic.

“Blockchain in Halal traceability certificates is also an area where Malaysia can expand globally and play a key role in leading other countries,” said Yoshizaki.

In order to attract further investment in blockchain technology and accelerate the digital transformation economy in Malaysia, he said the government should relax the criteria for companies to achieve MSC status.

“It is particularly difficult and time consuming for new businesses to apply for MSC status.

“Part of the pull factor for businesses to apply for MSC status is the extent of income tax exemption for at least five years,” he said.

Another challenging aspect, not just in Japan but around the world, is hiring good engineers in the blockchain space, Yoshizaki said.

In fact, Chaintope has worked with universities in Malaysia, India, Thailand and Japan, as well as research institutions and government agencies such as the Malaysia Digital Economy Corporation, to support human capital development and the application of blockchain. – Bernama

When Fintech Meets Healthcare: How Can Cryptocurrencies and Blockchain Enhance Entry to Healthcare?

How the BitcoinLady of Botswana strengthens its group via crypto and...

5 causes how blockchain can enhance information safety in 2021

How corporations are revolutionizing blockchain functions with new improvements