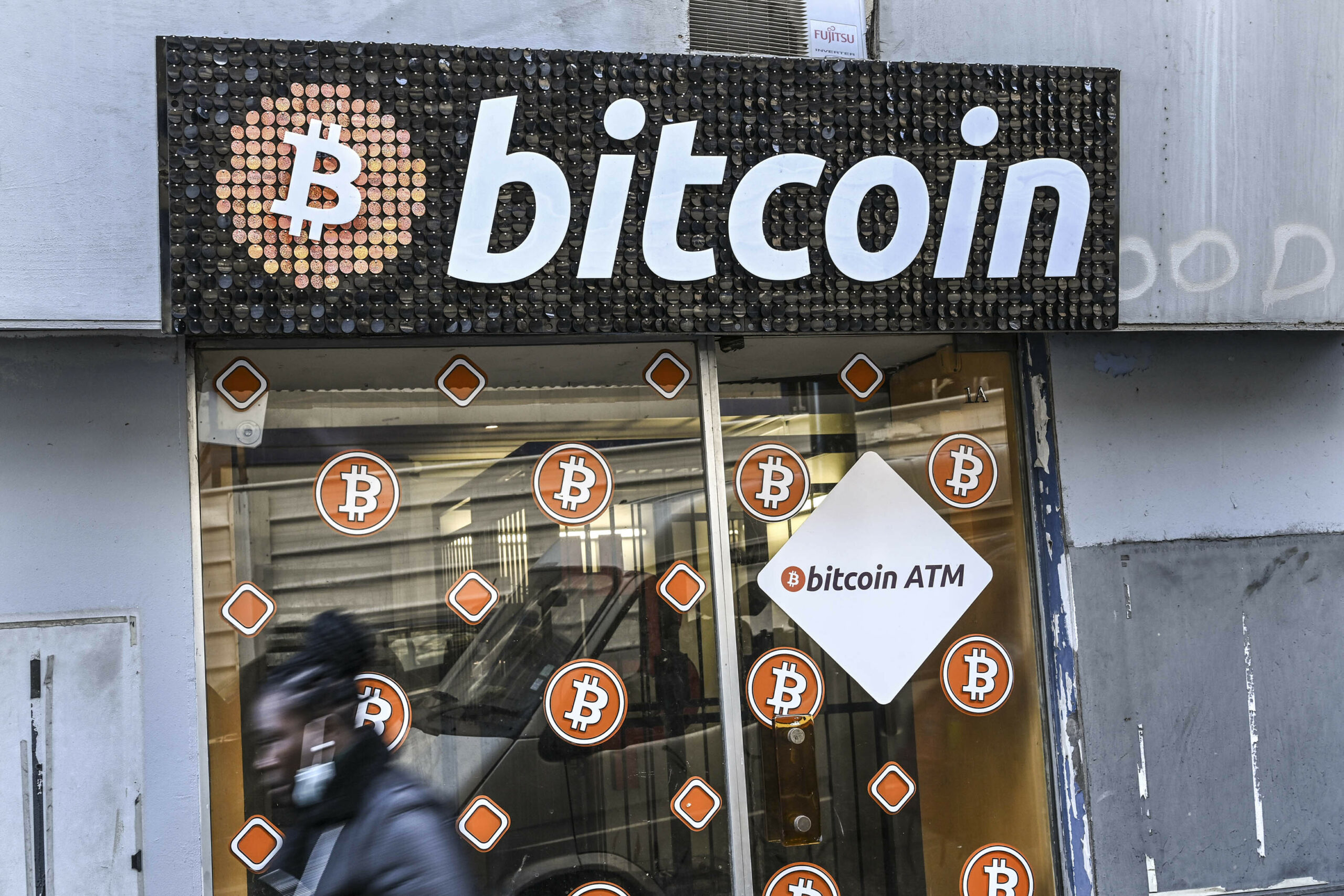 This story originally appeared in The Continent, the pan-African weekly newspaper intended to be read and shared on WhatsApp. Subscribe here.

Bitcoin. The currency of choice for drug dealers, terrorists, investors, spacecraft enthusiasts – and ordinary people, including many of us, who just want to be paid for an honest day’s work.

Bitcoin. Because of its decentralization, it is almost impossible to control how it moves. As with any cryptocurrency, this is a big part of its appeal. And that makes it a threat too.

A few weeks ago I was informed that payment for the work I had done had been made to a PayPal address I provided. It wasn’t the first time – I’ve been working with this company since almost 2020.

It’s not easy to open your own PayPal account in Nigeria, so I had an agreement with a friend who had one thing: whenever I got paid, she would transfer the money to my Nigerian bank account via a wire transfer service.

In this case it was Transferwise, one of the International Money Transfer Operators (IMTOs) that many here on the continent and in the diaspora are already familiar with. Others include World Remit, Mukuru, Western Union, and the like.

Most of these companies allow cash pickups or mobile money deposits connected to your mobile phone – or they can even deposit funds directly into your bank account. You could certainly do it here in Nigeria … until two months ago.

No money, no problems

On December 4, the Central Bank of Nigeria (CBN) announced a new policy that made it nearly impossible to use these remittance services to make direct payments to Nigerian bank accounts.

The central bank’s announcement – widely believed to be responding to #EndSARS protests – instructed banks to limit all diaspora transfers on behalf of the beneficiary to “domicile accounts”. This is a type of foreign currency account with which the recipient can receive payments in non-Nigerian currency and convert them into naira. However, to get one of these accounts you will need multiple references as well as a minimum deposit of $ 100 to set it up.

Without a domicile account, the bank could still pay you in foreign currency, but then you would have to fill out forms and collect them over the counter. And then it’s up to you to exchange it for naira: either at the bank or on the black market if that’s your thing – with all the extra fees and criminal liability that comes with it.

In other words, the anger really outweighs the hustle and bustle. Which was the point.

The central bank also had other points to consider: it instructed banks to close all naira accounts that were opened specifically for the inflow of IMTOs. Indeed: no more transfer payments. This development has deeply worried Nigerians in the diaspora who are trying to send money to their families, as well as those who live in the countryside and earn in non-Nigerian currencies. Like freelance journalists who write for The Continent.

If you now open Transferwise and try to make a transfer in Naira, you will get the message: “Sorry, we have closed all transfers to NGN due to new regulations from the Central Bank of Nigeria.”

Some other IMTOs have workarounds such as: E.g. cash pickup, but it’s messy. Too messy when trying to run a legitimate business.

And so I was stuck. The job was done, the payment was made – but I couldn’t access the funds. Eventually, however, I asked for help on Twitter, and that’s how Bitcoin appeared on my radar.

Welcome to the world economy

According to Ire Aderinokun, a developer at BuyCoins, the company aims to put Nigerians on a par with the rest of the world. “The main goal is to enable Nigerians and Africans to participate in the world economy,” he said. ” So that nobody is restricted by their local currency. ‘

This is good news for ordinary people trying to make a living! For central banks responsible for managing local currencies? Not as much. After all, your job is to manage the economy. And sometimes the responsibility for management gives way to the urge to control.

During the # EndSARS movement, international donations were made to Nigerians who were on the front lines or organized protests in their states, as well as to the Feminist Coalition. These donations were initially made through the IMTOs or remittance services.

However, when the central bank began “managing” the accounts of well-known #EndSARS activists and set their remittance mechanisms for December, the Feminist Coalition created a bitcoin wallet, and bitcoin became the preferred method of donation for outside influence protests. This arguably allowed the #EndSARS movement to hold out as long as it did.

So the Feminist Coalition received donations, and thanks to a relatively simple registration process, I was finally able to get paid too.

Nigeria puts the “ban” in “bank”

In a circular alerting the public to the risks of crypto transactions, the central bank notified banks that trading in cryptocurrency was banned and asked them to provide a list of everyone who traded in cryptocurrency – and to close their accounts while they were away.

The letter essentially banned crypto trading in Nigeria with immediate effect. I contacted the Central Bank of Nigeria to inquire about the reasons for this and the possible impact on business, but no one got in touch.

However, according to Abubakar Idris, a financial journalist with Stears Business, the central bank is sticking to its story that blocking trading in cryptocurrencies like Bitcoin is part of its strategy to prevent financial fraud and fund terrorist operations.

“These are legitimate concerns,” Idris told me. “Nigeria has a notorious international status for fraud and online fraud. and has been fighting the terrorist group Boko Haram for more than 10 years. “

Still, he believes there are other motivations at play.

“Most importantly, CBN’s focus is on stabilizing the exchange rate. The cryptocurrency gave everyone – businesses and individuals – a way to circumvent currency problems, get better exchange rates and disable central control measures, ”he said. “By making it harder for people to conduct cryptocurrency transactions, the CBN aims to regain control of the country’s international payments system.”

It worked. Currently, the only way to transfer money to a Nigerian bank account is for the person receiving it to go to a bank to cash it. This method can easily be controlled by the government – as was shown during #EndSARS.

However, cryptocurrencies have an irritating habit of recovering.

In 2020, BuyCoins, the parent company of SendCash, processed more than $ 140 million in crypto transactions. This is evident from statistics published by its managing director Timi Ajiboye. After the crackdown in December, SendCash became a go-to for Nigerians overseas trying to send money home and remote workers and freelancers (including one or two journalists) to get paid.

However, with the new February 5 policy, it appears that the company’s entire business model has been dismantled, leaving many with no easy way to move money. And they became silent. BuyCoin and other crypto companies have refused to speak to the press since the directive. Therefore, it is not yet clear what your next step will be. Crypto is nothing if not cryptic.

But many in technology expect that they will be innovative in some way.

“Startups themselves are developing workarounds against the guidelines of the CBN,” said Idris. “ Over the next few weeks, things may feel weird and people may need to learn new ways to add money to their crypto wallets. But things will accelerate after that. I don’t expect any decline in cryptocurrency trading. In fact, I believe that the CBN’s policy has made crypto more popular. “

The stoop in demand for Bitcoin is momentary; Nevertheless, the...