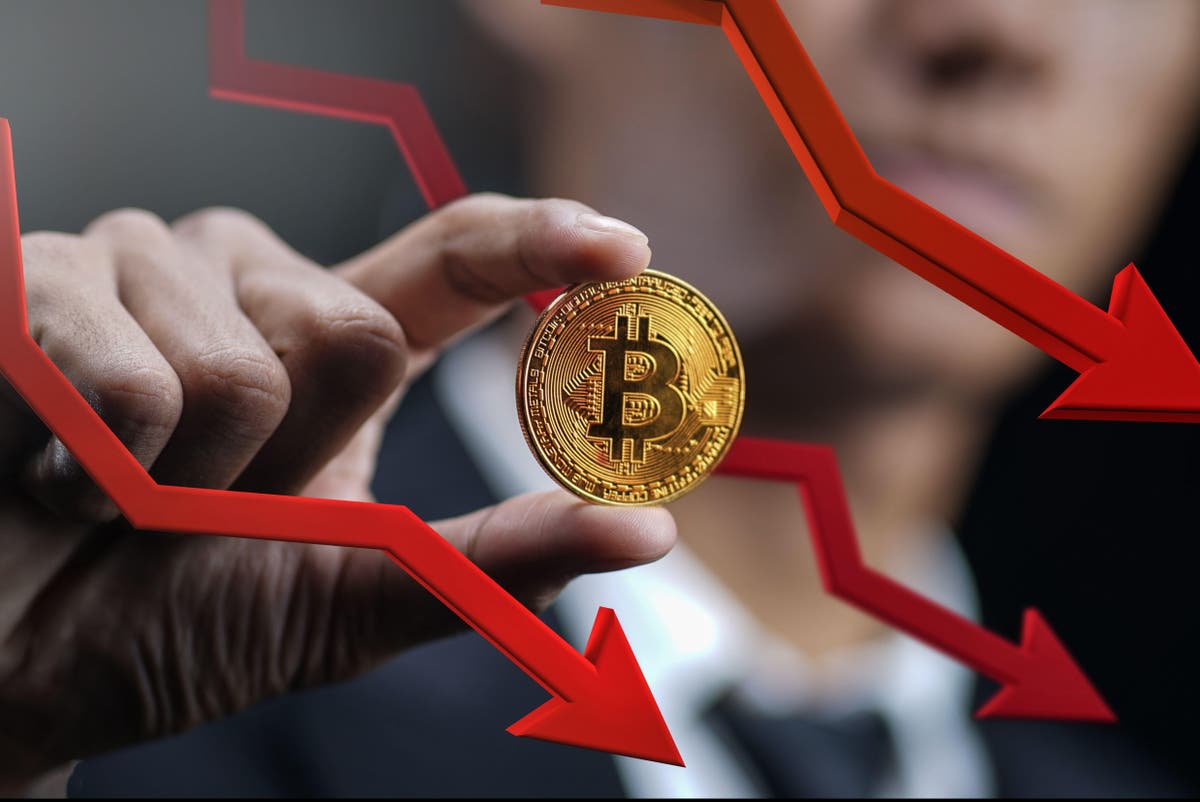 “That was within a few weeks. Most of what I can remember losing in a single day? It must have been about £ 100,000. That was a bad day. I came out of the cinema with my girlfriend and saw that the market was booming. I stopped in the middle of the street. My girlfriend made a comment about how I should have cashed out and I just threw my shopping bags in a rage. It was a full fit of anger. ”

Welcome to the ups – and downs – of life beyond the crypto wave. Around 2.3 million people in the UK now own some form of cryptocurrency and that number is increasing every time the value of Bitcoin increases. A whole new generation of investors is on the rise: Last week it was reported that the proportion of college students investing in cryptocurrencies tripled in a year in response to the pandemic and an unstable job market, which is cause for concern they could lose money that they cannot afford.

In recent years, the public appetite for investing in cryptocurrencies has peaked as amateur investors pump everything from life savings and home deposits to credit card loans into this particularly unpredictable market. Its instability makes it a thrill – but this also increases the risk.

However, in January the Financial Conduct Authority issued a warning highlighting the various risks associated with investing in cryptocurrencies. So what’s the appeal, how much do these people make, and how easy is it to lose it all?

For years, viral stories have been circulating about huge fortunes made, lost and made again. Take a legend about a Dutch family who put all their savings on Bitcoin in 2017 – and bought more during a crash in 2018. Speaking to CNN in December 2020, they pointed out that while they have no property, pensions or cash, crypto has bought them a five-star lifestyle of travel and leisure.

Jon, 29, who lives in Surbiton, was inspired by exactly these stories. He decided to put half of the money he received from his parents for a home deposit – “around £ 20,000″ – into Bitcoin in early 2021 a home. It obviously doesn’t feel good. Sometimes I wake up at night panic about what I’ve done and am afraid that someone will find out. I’m too embarrassed to tell my parents that I just wasted all the money they worked so hard for me. ”

Even so, he’s now considering investing more to try to break even. It is this mentality that has led a number of gambling addiction charities to speak out about the dangers of cryptocurrency investing. Tony Marini, Senior Advisor at the Cryptocurrency Addiction Clinic at Castle Craig Hospital in Scotland, has called it “the crack cocaine of gambling because it’s so fast … it’s available 24/7. It’s on your cell phone, your laptop, it’s in your bedroom. “

But for zealots, the appeal is the opportunity to earn huge sums of money quickly. Before Bitcoin, Eleanor *, a 30-year-old retail beauty brand consultant, kept all of her savings in a high-yield ISA. But when she found out that her boyfriend was investing in crypto and making a profit, she decided to get involved too. “Most of what I made in a short period of time was around £ 8,000 on an investment of £ 700,” she says. “It’s a bit like gambling – you can’t go to a casino and bet with a 10 euro bill. You need the chips. When I buy coins, I buy chips, but I know that I could lose everything. ”

Still, she feels worth the risk, she says. “I never invest more than I can afford to lose. Most of what I lost is around £ 17,000, but that’s just because I cashed out early after a coin went really well so I never really had the money. It was really depressing to see the price go up and go after I withdrew my money, but that’s all part of the game and, if anything, it spurred me to keep investing. “

She recently started a WhatsApp group, initially for her friends, but has since grown to become friends of friends – a group of around 50 women who all share crypto investment tips, mostly taken from social media. Nobody won or lost big – “probably a few thousand one way or another,” she says – but it has given women a penchant for investing. “We all invest in the same coins. So when something is refueling, some of us run out of money and can support each other. “

For many of its investors, cryptocurrencies are a form of revolution, a social media powered financial system that serves as a necessary redistribution of power. Eleanor is one of them. “Ordinarily, normal people couldn’t participate in wealth creation through the financial markets,” she says. “Access to the information and the resources for it was all too difficult. For the first time in history, someone like me can just interfere. I can build my own personal fortune. I can trade and influence the price of an asset. I think decentralized funding [or DeFi, the name for this new financial system] has the potential to create a fairer world. ”

“How else could I have done that?” She asks. “Without access to a finance manager who can advise me on investments or stocks or portfolios, I would be lost. Even the language scares people off, it is opaque. ”She uses the crypto app Coinbase. “It is time for ordinary people to be given that kind of power.”

This anti-establishment sentiment is one of the reasons why so many have turned to cryptocurrency in recent years, says Dr. Catherine Mulligan, cryptocurrency expert and professor of computer science at the Instituto Superior Técnico at the University of Lisbon. “Bitcoin was created at the time of the banking crisis,” she emphasizes. “There was a crisis of confidence in the system and so creating private wealth that was not tied to governments or traditional banks became very attractive.”

The hardest part, Tomas tells me, is not necessarily a collapse of the market, but an increase. “You see it go up, and even though it is unrealized wealth, just imagine what it would be like to have that money in your bank account.” He founded a self-help group with a friend – an ex-trader who now works exclusively in crypto trading. They prevent each other from making money when the market is doing well. “He’s got around £ 2 million in crypto – it’s all of his net worth, except for his apartment. His wife says he is playing with her future, but we both think it will keep increasing. ”

Their exit strategy is either to wait for Bitcoin to hit $ 100,000 per coin (“that would mean the total value of Bitcoin is $ 2 trillion and is unlikely to grow above that”) or to wait for their parents start investing. “Our parents don’t know anything about it at the moment. If the last people in the speculation start buying and talking about how much they made, it means no one can buy and it will go down a lot. ”He doesn’t know when, exactly will be, “but it will happen. Everyone will do it at some point ”.